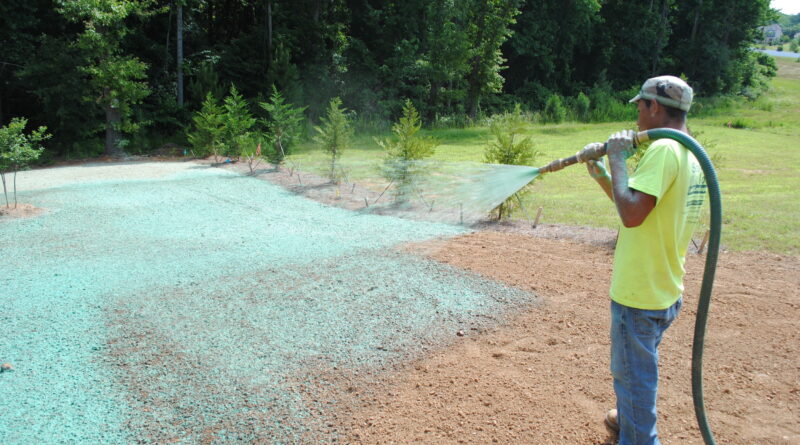 Natural disasters, manufacturing accidents, and short-sighted farming practices can leave wildlands scarred, depleted, or otherwise compromised. When wildlands are affected by erosion, infertility, fires, and floods, one of the most useful reparation and prevention solutions is hydroseeding.

Because of its efficiency, effectiveness, and affordability, hydroseeding is the go-to method for restoring vegetation when sudden disasters strike or when large swathes of land need restoration. Let’s take a more in-depth look at the role of hydroseeding in erosion control and wildland restoration with two case studies.

In northern Colorado in 2013, a big rainstorm following a wildfire left rivers flooding in the lowlands and homes and roads crushed by rock and mudslides at higher elevations. The damage was catastrophic at all elevations. Erosion control measures were necessary to restore and prevent further damage to the landscape surrounding the cities and towns of Boulder, Lyons, and Longmont.

Starting at the beginning of February, a team of erosion control, construction, and seeding companies worked through the end of March to restore the area. First, the area was sprayed with native grass seed and left to root for a while. Later, crews returned to spray another layer of mulch to encourage vegetation establishment and growth.

The team did not accomplish this project without obstacles. Working on urgent notice in cold weather and rugged terrain introduced challenges like avoiding hypothermia and freezing equipment pipes.

Over 200 years ago, in the Humboldt County town of Kenyon, just four miles off the coast of Northern California, marshes were deforested and drained into the Salt River to make use of the land for farming. The long-term result, unforeseen at the time, was the clogging of the river with soil and the disappearance of the native salmon population.

Several local organizations and companies teamed up to contribute to the restoration of the Salt River ecosystem. Specifically, they restored

Much of the marsh was restored by hydroseeding a native blend of vegetation. The team had to battle the challenges of working on land that was rapidly filling with river water as they removed blockages. They also had to work within the time constraints of the tides. As a coastal marshland, water levels rose to unworkable levels every 12 hours. Should You Install Your Spray Foam Insulation On Your Own? How to Choose a Good Floor Repair Service